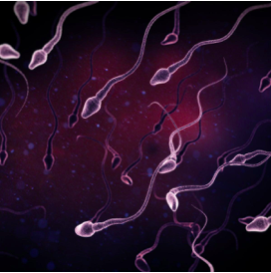 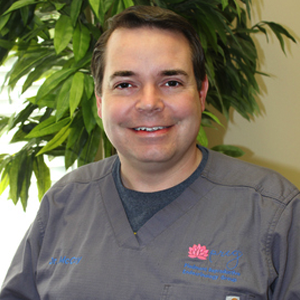 What is male infertility?
Male infertility implies that there is a problem with the sperm to adequately fertilize eggs. It is involved in approximately 45-50% of the patients having some component of a male factor. Approximately one in eight men will have significant sperm issues. One in two hundred men is born without any sperm at all. Most men are born with a certain capability of the testicle to produce functional sperm and in most cases, this capability does not change. However, there are some things that can change over time. The important part of the male evaluation is in searching for an explanation and looking for reversible causes. In some cases, the male situation can be improved, but in others we must try to work with the sperm that is available.

What are some of the factors that affect sperm production?
Simple aging can sometimes be a factor. Many times, the brain signals to the testicles naturally fade away as men age and this can lead to a decline in testicular function and sperm production. This is usually a correctable issue.

Other issues such as diabetes, drug use, history of prior cancer therapy, or major head trauma can all affect sperm count and quality. There is a significant relationship in male fertility to obesity and a sedentary lifestyle. This can be improved by working on both of those factors. Smoking has a subtle effect on sperm although smoking marijuana can have a more significant negative impact in some men. Alcohol can significantly impair sperm production and function as well. This impairment starts with as few as 5 drinks per week and rises significantly above 10 drinks. I recommend that patients limit alcohol intake to less than 5 drinks per week if there is a suspected male factor.

A history of cancer treatment is a concern. Prior chemotherapy and radiation treatment can affect sperm production. Radiation effects are based on whether the testicles were exposed to the radiation and chemotherapy depends on the agents that were used and how intensive the chemo regimen affected their sperm. The effect of these treatments are permanent, but do nto always result in full failure of sperm production. It is usually recommended that men should not conceive for a minimum of one to two years after receiving their last dose of chemotherapy.

How Do Genetic Health Factors Contribute to Male Infertility?
Most of the time fertility issues are not directly inherited from a father. There are some defined genetic issues that can come up but most of the serious issues that are at the forefront are inherent testicle function issues. This is usually related to how the testicles were formed and it does not always mean an increased risk of infertility for a patient’s brother or children.

Is This Insurmountable for Male Patients? 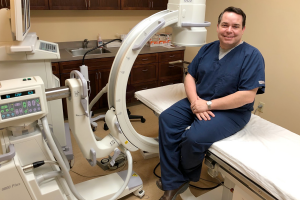 We always have some options. Ideally, if a man has ejaculated sperm, we can use this. We try to search for correctible defects to improve the sperm that we have, which include looking at hormones to determine if the testicles are receiving the proper signals to stimulate them. If not, this can be improved with medication to ensure that the testicles are working to their full capability.

In cases of mild issues, we can treat the couple using inseminations. In this case, sperm are concentrated and placed directly into the woman’s uterus. In cases of severe sperm abnormalities, patients may require in-vitro to overcome the fertilization problems of the sperm. As long as there are ejaculated sperm present, IVF can be an option. In cases in which men do not have sperm in the ejaculate, there may be an option of a surgical sperm retrieval along with IVF. This is commonly performed in men with a blockage from a prior vasectomy, but other reasons for sperm retrieval include congenital blockages, lack of ejaculation, and severely low production problems.

Even in men who appear to have no sperm, in many cases there is sperm in the testicles that can be retrieved for IVF. This chances of finding sperm vary based on the individual case, but in general about 50% will have sperm that can be used.

How Do You Retrieve Sperm?
There are several different procedures for retrieving sperm based on reasons for the procedure and all are done under sedation. In all cases, this must be combined with IVF. In cases of a prior vasectomy or blockage, the technique is a MESA (microsurgery epididymal sperm aspiration). In these cases, there should be good numbers of sperm retrieved.

In cases of low sperm production, the procedure is a microTESE (microsurgical testicular sperm extraction). In this case, it can require a thorough search through one or even both testicles to search for sperm.

In cases of surgical sperm retrieval, I coordinate the sperm retrieval with the collection of the female’s eggs. This gives the best chance of success by using fresh sperm and not having to freeze the sperm which can lower chances of success. This involves a lot of logistic planning to coordinate the process but gives the best outcome to the couple. Recovery for the male is equivalent to a vasectomy. They are usually off work 2-3 days and a full recovery within one to two weeks.

Do You Freeze Sperm?

The most common reason we freeze sperm is for men about to undergo chemotherapy. This allows the option for future fertility when the effect of the cancer therapy on the testicles is uncertain. These samples are given by simple ejaculation and they may freeze several samples for future use.

Sperm freezing can also be done for logistic reasons, for instance if the male has to travel unpredictably for work, or is in the military and facing deployment.

For surgically retrieved sperm, I strongly suggest not performing it up front and freezing sperm. This can take already mediocre sperm and damage them by the freezing process. The best outcome for the couple usually involves the use of fresh sperm to fertilize the eggs.

Are There Any Aging Factors for Sperm Production
Aging does affect males but not nearly as significantly as females. The most common issue is a decline in the brain signals to the testicles which can be corrected. In guys who have a brain signaling issue through we use medications that stimulate the brain to send signals to the testicles and produce more sperm. We know there is an impact as guys get into their 60-70’s of sperm function and fertility, with a reported slight increase in autism of children.

Many men battle low testosterone as they age, but what is normal for one man can be low for another man. Many guys abuse testosterone with supplements tied to weightlifting and bodybuilding. Many of these men are either prescribed testosterone or use it illicitly.
Testosterone therapy stops all sperm production nearly immediately and serves like male birth control. All too often the prescribing physician does not inform the male of the effects of testosterone therapy in relation to sperm production or isn’t aware of this well-known effect. The sperm shut-down is temporary and usually reversible but this reversal can take between 4-6 months to get functional sperm back. A lot of wives become upset when they find out their partner has been using testosterone and they were not aware of this effect. Creatine or protein powder use does not affect sperm, but a man should not use any type of testosterone or any “testosterone booster” product if they are trying to conceive.

So Where Do You Begin? 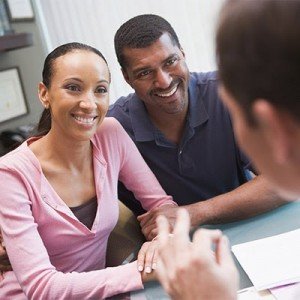 The first thing we do is a semen analysis. If there are testicle dysfunctional issues, sperm production is one of the first things to change. If the sperm are normal then this tells me there really isn’t that significant of a testicle dysfunction. In cases of abnormalities, investigation of the male fertility is a lot easier and cheaper than the female investigation. This usually involves simple bloodwork. If his issues are correctable then it can take 4-6 months to see an improvement.

Most males who have fathered a child in the past assume they have no fertility issues, but that doesn’t mean everything is ok now. If it has been more than 2 years since the previous pregnancy, or the couple hasn’t been able to conceive in 6 months of trying he should get evaluated.

Male fertility is still emotionally and mentally taxing to the men as much as the women. Men often internalize their struggle and often don’t share their struggles. I think the most important thing is to reiterate that a fertility issue is a couples issue and it is a team effort on this journey.