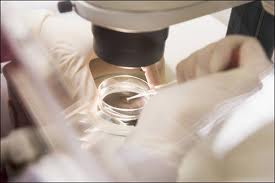 Popular culture, religious affiliations, and misconceived myths have all contributed in giving genetic testing the negative connotations of producing “designer babies”. Like many other aspects of Assisted Reproductive Technology (ART), the lack of knowledge often scares patients away from potential lifesaving procedures for their future families. Genetic testing is a powerful tool that should be considered as a methodology to increase your chances for a successful pregnancy.

Genetic testing is typically looking for two different types of conditions; the first being classified as a Single Gene Defect. It has long been known that the rate limiting step in achieving a healthy pregnancy is genetics. Unfortunately, each of us can only work with the genetics we are given from our parents. We can, however, ensure that our potential children 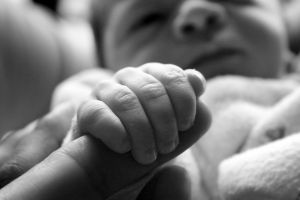 will not be affected by our shortcomings or those of our relatives. Genetic testing can guarantee parents their implanted embryos will be genetically normal for all 23 pairs of chromosomes; thus, completely eliminating such common life altering conditions as Cystic Fibrosis (CF), Fragile X Syndrome, and Spinal Muscular Atrophy (SMA). This is HUGE for the health of a family!!

Secondly, the term aneuploidy refers to the random genetic defects that occur during mitosis and meiosis effecting individual chromosomes. Genetic testing for aneuploidy detects multiple or deleted copies of chromosomes which produce translocation conditions such as Downs Syndrome. Parental age is the main contributing factor in genetic aneuploidy. As parents are waiting until later in life to consider children, age should be closely considered when planning for a successful IVF treatment. Depending on maternal age, miscarriages occur in 10% to 40% of ALL pregnancies. More than 50% of these losses are due to chromosome abnormalities associated with Advanced Maternal Age (AMA). While Hollywood has glamorized having babies over 40, AMA is considered a maternal age over 38. The most common genetic disorder associated with AMA is Downs Syndrome. The occurrence of Downs dramatically increases with each year of maternal age. Genetic testing is used to eliminate transferring those affected embryos.

This powerful new technology contributed for improving your chances for a healthy family is called Array Comparative Genomic Hybridization or aCGH. Through aCGH, each and every chromosome in the embryo is tested. It is commonly known as Preimplantation Genetic Diagnosis (PGD) and identifies genetically normal IVF embryos before they are transferred. Normal embryos have a higher chance of implantation and the resulting pregnancies have a lower chance of miscarriage. Testing embryos by aCGH increases the likelihood of pregnancy, reduces the chances of a pregnancy loss, and improves the odds of delivery.

Preimplantation Genetic Diagnosis (PGD) requires expertise in genetics, clinical embryology, microsurgery to remove one or more cells from embryos (biopsy), and non-surgical transfer of embryos into the uterus. PREG offers their patients a highly skilled embryologist proficient in the technique and uses the top genetic sourcing laboratory in the country. The first step in the procedure is an embryo biopsy. Biopsy refers to microsurgical removal of one cell from a 3-day old or a few cells from a 5-day old embryo. The biopsied cells are then placed in special containers and sent by courier to Reprogenetics where each sample is analyzed independently by aCGH. Array CGH is unique in that it allows simultaneous screening of multiple locations along the entire length of every chromosome. The test can also detect rare chromosome abnormalities found in the embryo’s genetic makeup. Array CGH does not require additional blood tests prior to the IVF cycle, thus it is available to all IVF patients. Results are provided to PREG approximately 24-36 hours after the cells are tested prior to the embryo transfer. The outcome of the aCGH PGD cycle is dependent on maternal age, the number of analyzable normal embryos, and the genetic condition of each embryo.

PREG strives to be on the cutting edge of all technology that will benefit our patients. PGD has certainly been shown to be the most comprehensive genetic tool in optimizing your opportunity for a healthy pregnancy. Contact Heather Blackmon- our embryologist- at 864-232-7734 ext. 3382 to speak further about how PGD could benefit your family.