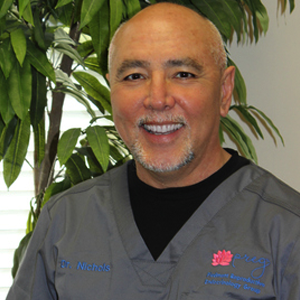 Dr. Nichols spent the first seven years of his career in academic institutions and hospital settings. He established Piedmont Reproductive Endocrinology Group in 2003, as the Medical and Laboratory Director, to be able to care for his patients without institutional constraints. He has grown PREG to be one of the premier fertility clinics in the United States.

His board certifications include the American Board of Obstetrics and Gynecology and also hold a second Board Certification in Reproductive Endocrinology and Infertility, to name a few. He has also received Certification in Advanced Laparoscopy and Microsurgical Training.

In addition to being a published author, researcher and presenter, Dr. Nichols has obtained several awards over the years such as the Gamma Beta Phi Honor Society, the Merck Manual Award (given to those who graduated at the top ten percent of the their class). He was listed in the “Best Doctors in America” between 2009-2012 and also listed in “Best Obstetrician/Gynecologist in America” in 2010.